Swansea is one of the most beautiful places in Wales, if not in the entire UK. The city boasts of beaches of soft, golden sands and magnificent sunsets, as well as numerous parks and other places of high regard.

However, beyond its considerable natural beauty, Swansea is also known as the birthplace of many prominent people who have made significant contributions to the world as we now know it. Among Swansea’s prominent sons and daughters, there is one who stands head and shoulders over everyone else – the great poet Dylan Thomas.

Thomas, who was born on October 27, 1914 and died on November 9, 1953, is widely regarded as one of the most influential poets of the 20th century. His poems were powerful and filled with deep meaning that touched countless people’s lives. Moreover, his talent was not limited to writing poems; he also wrote for film and radio, as well as short stories. Thomas occasionally performed the scripts that he wrote for radio, and his written work was punctuated by the quality of his voice – booming and passionate, sometimes bordering on the ostentatious, marked by a subtle Welsh melody.

A Swansea native, Thomas lived in a house in Cwmdonkin, where he created many of his poems and short stories. He moved to London on December 18, 1934, at age 20. Among his most famous and powerful works were “Under Milk Wood” and the 1951 poem “Do Not Go Gentle Into That Night,” which was about his dying father. His fame was not only a product of his poetry as he was also renowned for his skills as a speaker. His broadcasts for the British Broadcasting Company became famous and well-applauded. His captivating voice brought him acclaim beyond the shores of Britain and all the way to America.

One of the great poet’s most admired works is 18 Poems, his first poetry volume which was published on December 1934. 18 Poems earned him the stature of a heavyweight in the literary scene. Another famous work is Death and Entrances, published in 1946.

Today, tourists who visit Swansea are greeted by a statue of Thomas located at the Maritime Quarter. The area also holds the Dylan Thomas Centre, a literary centre used for lectures and exhibitions.

Cwmdonkin Park is another landmark that reminds locals of the greatness of Thomas. The park was one of the poet’s favourite places when he was a child. It is a small rock which carries the closing lines of one of his poems:

"Oh as I was young and easy in the mercy of his means/Time held me green and dying/Though I sang in my chains like the sea."

During his colourful life, Thomas also earned a well-deserved reputation as a heavy drinker.  It comes as no surprise, then, that many of city’s pubs and nightclubs bear some association to the poet.

Among the most famous drinking spots in all of Swansea is the pub called the No Sign Bar, one of the city’s oldest pubs and a favourite haunt of Thomas. There, he regaled friends and admirers alike with tall tales and impromptu poetry readings. Some say that Thomas’ presence is still very much in the place and, occasionally, one of the locals will awaken from a drunken slumber claiming he had heard Thomas’ booming voice.

Virtually everywhere you go in Swansea, you will find some tribute or remembrance of the city’s favourite son. Among the most noteworthy Thomas tributes are the city’s decision to name the class 153 locomotive after him. The train is called the Dylan Thomas (1914–1953). The other great tribute is the creation of a literary prize in 2004 called the Dylan Thomas Prize, an award for the best published writer under age 30.

Dylan Thomas was not the only famous person from Swansea. Some of the city’s notable sons and daughters are:

Finally, one other celebrity product of Swansea is Jack, the black dog, who is famous for saving 27 persons from drowning in the Swansea docks. To commemorate Jack’s heroism, a monument was created for him near St. Helen’s stadium. 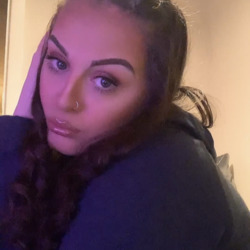 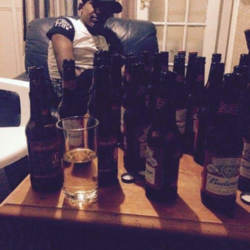 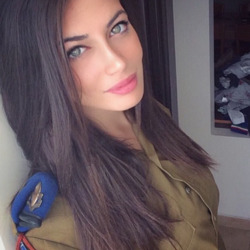